Coming into the season the varsity girls basketball team could only go one direction, and that was up.  After a winless season in their first season in the AIA, the team with limited basetball experience is now back for season two with growth on their minds.  Here is a current update of their games this first couple of weeks into the season.

Cicero went back to Sedona for the second time in two years and this time around, things were not as lopsided as the previous year.  The Centurions came out against Northland Prep and competed the whole game before falling 31-24, the team played four other teams and while a win did not happen at the tournament, growth and devleopment were leaps and bounds from last year.  Growth is a process and takes time.

After a close first half and only being down 9, Heritage pulled away late from Cicero and won 41-22.  Sophomore Lola Cravath had 3, threes and had 11 points on the night. Junior Ernestine Wallace had 5 blocks in the game.

The monkey came off the back as Cicero fought and competed the whole game and came away with their first AIA victory in a 27-24 win at Gilbert Classical.   Freshman Becca Lott led the team with 14 points and 5 rebounds.

In a tight game at Tempe, the Centurions got some tough defense from Sophomore Lola Cravath and Senior Emma Erickson, but it was not enough as Cicero fell on the road 36-15.  Sophomore Gouyen Brown-Lopez  socred 8 points in the loss to lead the Centurions.

Junior Ernestine Wallace hit back to back three’s as the Centurions came out strong against the Mustangs.  In the second half, Cicero cut an 11 point lead down to 6, but Rancho pulled away late for the 38-23 win.

In an exciting season opener on the road, Cicero fell down to NPP by 12 points before a huge rally in the fourth qtr to tie the game at 26 all with 30 seconds left.  A steal and a layup by NPP gave them a 2 point lead with about 10 seconds left, and Cicero could not get a shot off in time and NPP won 28-26.  Sophomore Gouyen Brown-Lopez had 10 points and 5 rebounds and Freshman Becca Lott added 6 points and 5 rebounds. 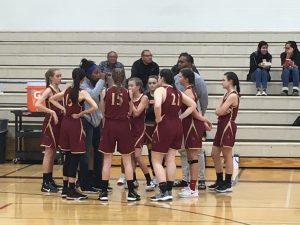 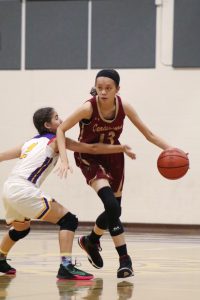 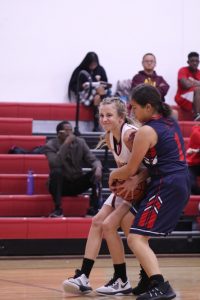