The middle school soccer team continues to grow and develop after not having a team last year.  This group is working hard and coming together each game and you can see their growth and improvement.  Here are some highlights.

On Saturday the MS Girls soccer team defeated Arete by a score of 6 – 2.  The attack was led by Lena Kolakowski’s four goals (5 for the season) and Marley Smith’s two goals (4 for the season). Chloe Crandall put forth an impressive effort in goal and repeatedly frustrated Arete’s forwards. This victory sends the girls soccer team into the winter break with a record of 1-2-1.

The MS girls made the trip out to Surprise on Monday to play the Paradise Honors Middle School. Despite a competitive first half, the lack of substitutes found the team wearing down in the second half against a talented opponent. Final score was Paradise Honors 11, Cicero Prep 1. The Cicero lone goal was made by Marley Smith, her second goal in the as many games.

The team played their second game of the season on Saturday morning, coming away with a well earned 2-2 draw. Late in the first half the team fell behind 0-1, but they quickly responded when Marley Smith scored a goal right before halftime.  With approximately 10 minutes left in the game, Chandler once again took the lead 1- 2. However, the Cicero girls tied things up when Lena Kolakoski stormed down the field and buried the ball into Chandler’s net with less than 5 minutes left in the game.  Chloe Crandall played excellent in goal, coming up with big saves to frustrate the opposition. It was a well played game and the girls showed notable progression from their first to second game.

The Cicero MS Girls soccer team opened their season with a defeat at the hands of a talented and experienced Veritas Prep team. Although the girls were shutout, Lena Kolakowski led the offensive attack with constant pressure and several near goals. Chloe Crandall and Gianna Holcomb also put in noteworthy efforts in goal – and made some exciting saves. With a limited number of practices leading up to the first game, the team knew today’s game would be a big challenge as they faced a strong program at Veritas. However, they also knew the first game was an opportunity to try out new positions and formations to assess strengths and weaknesses. Therefore, despite a lopsided loss, the girls maintained a positive attitude and are ready to get back to the practice field on Thursday to implement what we learned from today’s game and prepare for the next opponent. 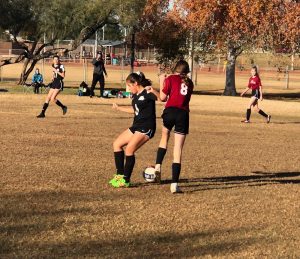 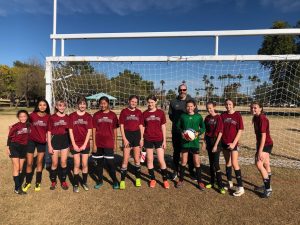