Cicero basketball started their winter break with a tournament at North Valley Christian Academy. An 8 team bracket tournament that had Cicero against the host team North Valley. The Centurions jumped out to an early lead and didn’t look back. North Valley tied the game a couple times but the overall team play by Cicero, and a double double from Junior Captain Zach Van Voorhees, and great role play from fellow Freshman Quinton Brooks and Nathan Pophal helped Cicero get the win 63-59.

Bowie. Thurs. Dec. 20
Road trip! Thursday Cicero hit the road for three and a half hours to play Bowie/San Simon. After an even first quarter, Cicero turned the heat on, on both sides of the court and went into the half up 20 behind Jordan Core’s 10 points in 5 minutes off the bench.  The second half was much like the 2nd quarter, Cicero was clicking on all cylinders and pushed the lead to 30 points.  Cicero came out on top 78-52.
Upperman. Fri. Dec. 21
Third game in three days gave Cicero a big challenge, playing the 2018 Tennessee state runners-up Upperman High School. Outsized at every position Cicero had a hard time finding a rhythm in the first half.  The second half started with Cicero down 30, but the way they played and continued to fight was nothing short of incredible. Everyone who was subbed in brought another level of energy into the game.  Cicero took the loss with their heads held high 89-46.  Junior Zach Van Voorhees had 19 for Cicero and Freshman Quinton Brook added 10.
Cactus. Sat. Dec. 22
Final game of the NVCA Shootout was against 4A Cactus High School. Much like the Upperman game, Cicero was down big at the   half but came into the 3rd quarter ready to battle it out. A couple of players were battling nagging injuries but didn’t complain and kept pushing through. Cactus took control early and got the victory over Cicero 93-47. Cicero took 4th place in the tournament and Junior Captain Zach Van Voorhees was named to the All Tournament Team.
Cicero is back at home on Jan 4th. 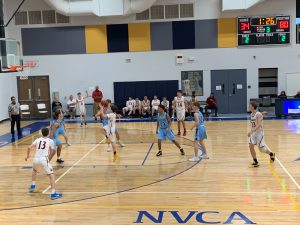 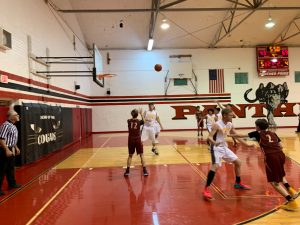 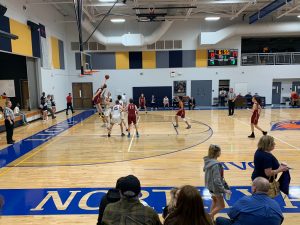